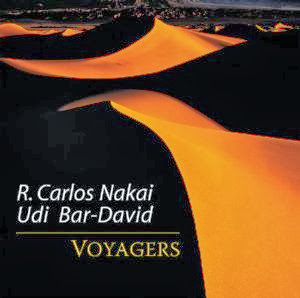 [NOTE: Originally written as a review for Amazon.com]

Cello music can be dark. It can be downright dismal. Listen to David Darling's "Journal October" for a cello album that delves into dark ambient territory for an example. When I see cello I rarely think bouncy or upbeat, so I wasn't disappointed the way others were at the melancholy tone of much of this album. Rather, I find this a lovely and soulful collaboration. As an Israeli-American Jew many of the traditional Jewish melodies are familiar to me, but the interpretation and arrangements that the artists present are truly unique.

As Ryan Bellerose, a Métis writer from northern Canada explains in his articles, these are two indigenous peoples and a blending of these very different musical traditions into an album like this is worth noting not just because it's a very good listen. This music, to me, expresses the common dark history the Jewish and native North American peoples share: one of displacement from the land, one of loss, and one of genocide. There are brighter moments on this release. "Bashraf Farahfaza" is downright joyful and features some Will Clipman percussion to add depth. The final piece, Indigena Indigenous, is also uplifting, with plucked cello and playful flute melodies. It's a perfect ending for this album because we live in a time of hope for both peoples.

I really enjoy this music, both as a pleasant background and for active listening. Highly recommended.
Posted by Caitlyn Martin at 5:19 PM