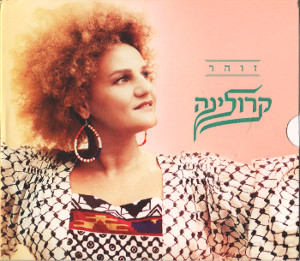 Posted by Caitlyn Martin at 8:15 PM No comments:

The only alternative to war is peace. The only road to peace is negotiation. - Golda Meir

I believe however that peace is attainable regardless of the Arabs mentality, society or government.-Yitzhak Rabin

In the last piece I wrote passionately and personally about the moral imperative to seek peace from my liberal, Jewish, Israeli-American perspective. On Thursday U.S. Secretary of State John Kerry spoke of a strategic imperative to pursue peace talks. He's right. While I can't help be passionate about the peace process I can lay out some practical reasons why it must go forward and why I support the prisoner release which the Israeli cabinet approved.

Before I go on let me say that my heart does go out to the families of these murderers. Not a one of them deserves to be released. I read the accounts of the attacks they perpetrated and I was sickened. It would be so very easy for me to hate the Arabs. I certainly hate things they have done like this. The easy thing is often precisely the wrong thing. As much as it may bother some of the right wingers out there I still believe Prime Minister Netanyahu is doing the right thing, even though it is both unpopular and difficult.

Israel needs to seize any opportunity to make peace for it's own interests. Even if the process fails, as we all expect it will, at least Israel is seen as making every effort for peace. That is vital for U.S. popular and government support. Indeed, this may be something President Obama needed to get the gulf states to go along (or at least not interfere) with a strike on the Iranian nuclear program. In other words, these peace talks may well be a side show for something that is more important, both to Israel and the U.S.

Then again, maybe the U.S. and Israel really have put a new peace process front and center in their thinking. This may also be the one time in history when the Arab-Israeli conflict is the easiest one in the Middle East to solve. The other conflicts in the region: the Syrian civil war, Egypt on the edge of civil war as well and, of course, the standoff with Iran are all more difficult problems.

Permit me, however, to frame this strictly in terms of the Israelis and Palestinians. If you won't even negotiate with your enemy how will you ever have peace? Must Israel be condemned to endless wars, death and destruction?

I am not "gullible" for supporting a two state (really a multi-state) solution as some people have claimed. I can see clearly enough to know it's a choice between that and the eventual destruction of Israel. The Palestinians will never become Jordanians, they can't be bought off, they will never leave Judea, Samaria and Gaza voluntarily, and, if we include Gaza, there are almost as many of them between the river and the sea as there are of us. Once again, I say us because I have so much family and so many dear friends in Israel, plus, of course, I am planning a move there myself. Whatever happens, it will affect me directly.

If Israel tries to expel or kill the Palestinians, as hardliners online, many of them Americans and Christians, insist Israel should, the U.S. will almost certainly lead the international military against Israel. The Serbs weren't permitted to expel the Albanians, a much smaller number, in Kosovo. Do you really think Israel will get away with it? Insanity!

Let me say this again, for the last time: if you oppose even negotiating for peace you and I have very different moral values and very different beliefs. You may, unwittingly, be an agent of the destruction of Israel. Have a nice life with your delusions of greater Israel or fortress Israel or whatever you think will work. Just please don't expect me to want or to have any part of it. I will continue to pray, as Jews have for centuries, for peace in Jerusalem and all of Israel. I will also work in any way I can to make peace a reality.
Posted by Caitlyn Martin at 8:25 PM 10 comments: